Where are my toppings people? You know it’s the little things that make a moment, a meal, a dessert, a cup of warm cider or coffee special!  And that’s why you are going to love this cinnamon whipped cream recipe.  Just a few minutes with a mixer and some whipping cream renders billowing pillows of homemade fabulousness that are going to make you and your family and friends feel like everyone has just stepped through those pearly gates, complete with parting clouds and singing angels.  Imagine spooning this light and fluffy wonder on your banana pancakes, pound cake or hot cider from a small bowl or jar on your table!  With rich cinnamon and vanilla flavors, this easy homemade cinnamon whipped cream is definitely going to be what makes your table memorable this year. 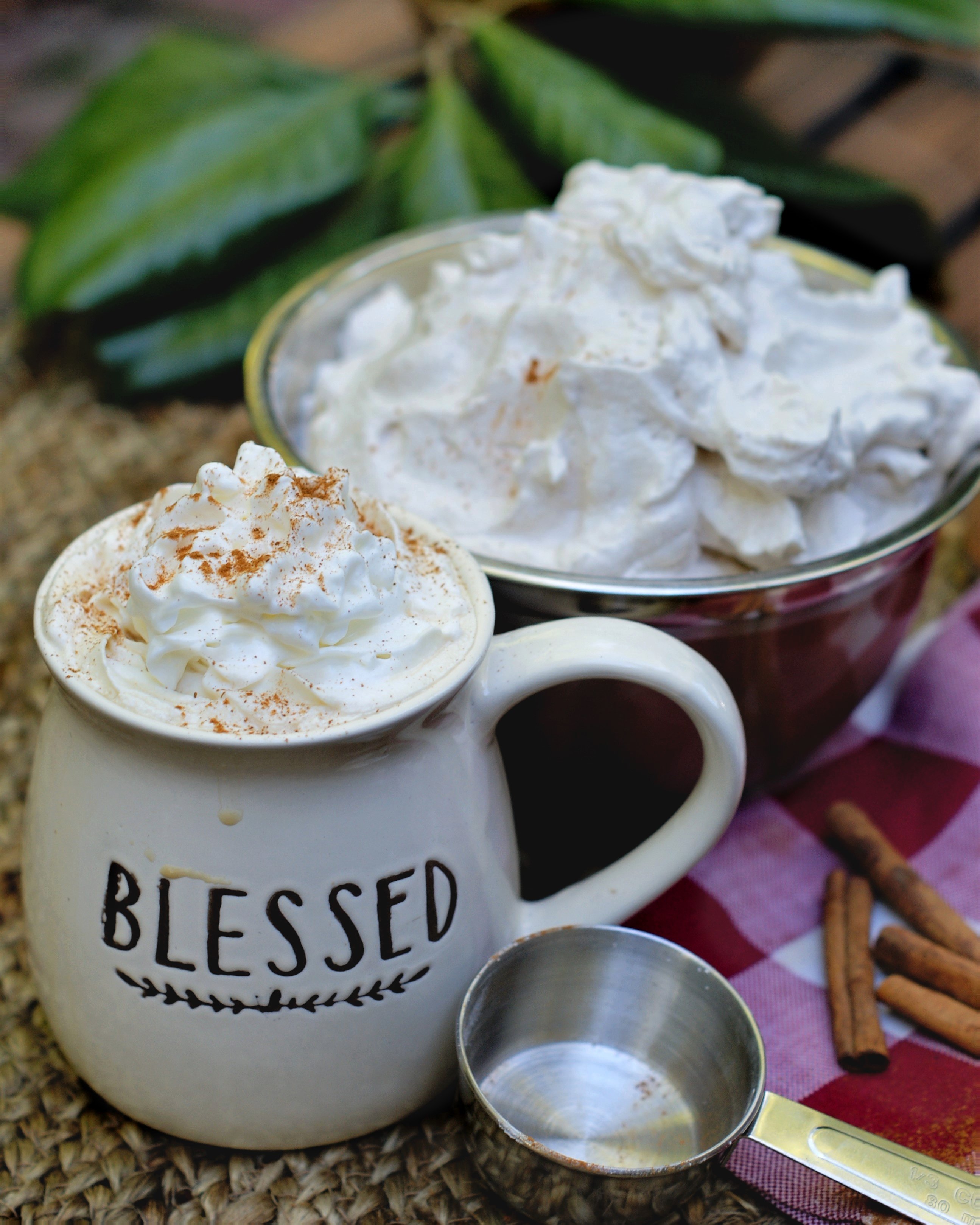 What You Need to Make Homemade Cinnamon Whipped Cream 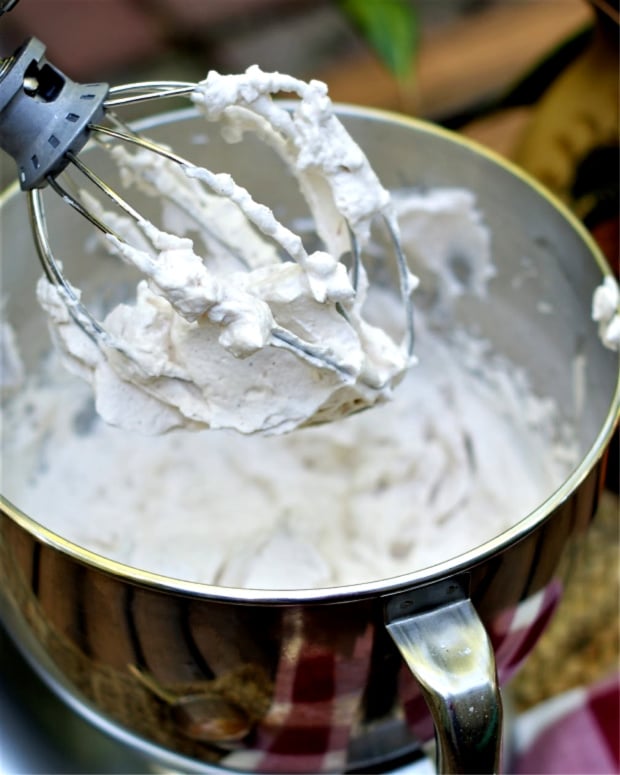 The people in my house are crazy about some whipped cream.  There is nothing that a dollop won’t make better.  And it’s one of those things that is so easy to make if you have a mixer. 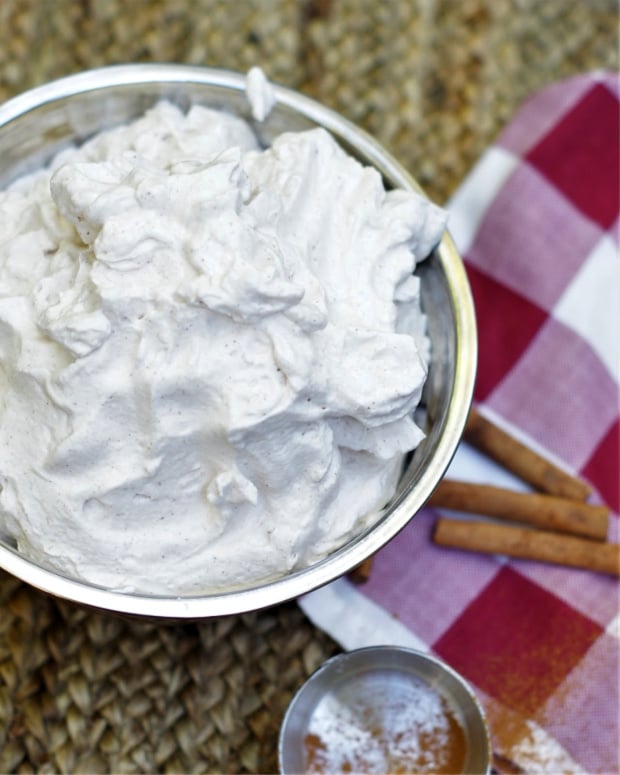 I use my stand mixer so that I can set the magic in motion while keeping my hands free to complete other tasks, like get the coffee brewing or take a cake out of the oven.  It’s as easy as pouring some whipping cream into the bowl and turning the mixer on.  Once the cream begins to thicken, slowly add your confectioner’s sugar, cinnamon and vanilla.  When your cream starts to form stiff peaks or holds together when you pull out your mixer’s beaters or whisk, then you’ve got yourself one scrumptious whipped topping! 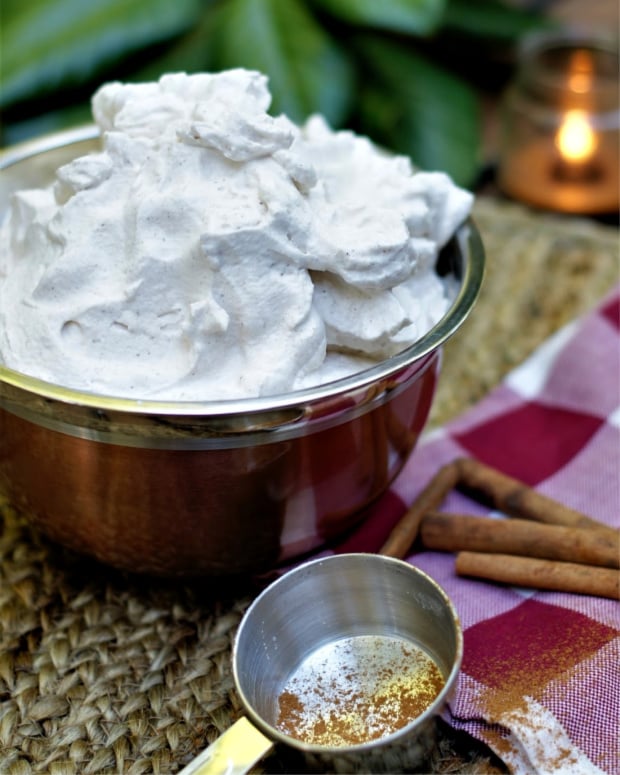 Oftentimes, we fear that going the extra mile will be harder than we want to take on.  But in the case of making your home and table special, I found the little things that people like most and make them feel most welcome are almost always the easiest.  I think you’ll find that true too…  especially when you have recipes like this cinnamon whipped cream up your sleeve!

My picks for making your holiday kitchen merry & bright!

Whipped topping is always easier to make in a cool kitchen. 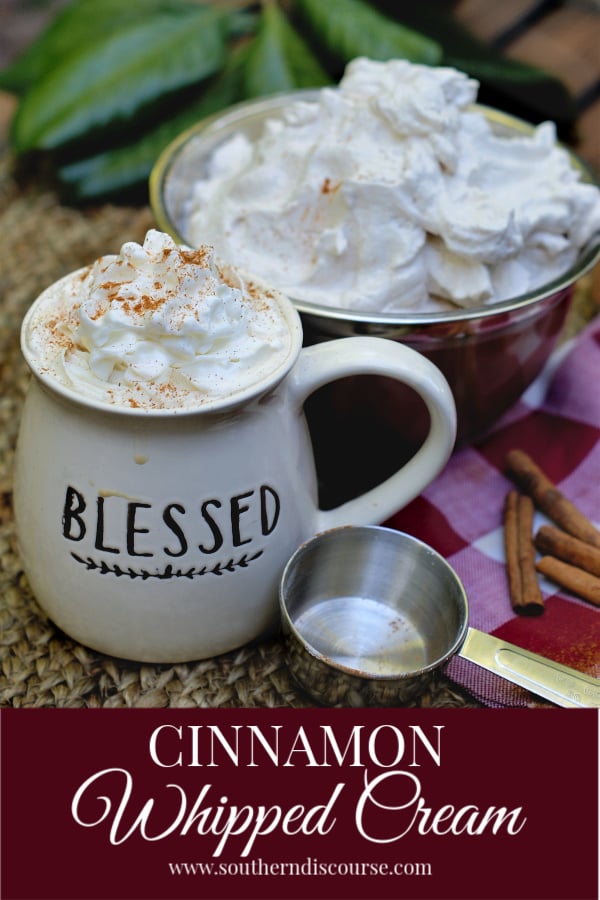 Find this and other great recipes on Meal Plan Monday, Foodie Friday, and Weekend Potluck.