To Grunt, To Cobble, To Bid Farewell to Summer Summers linger long here in the South. And being a summer girl at heart, long summers are just fine by me. Eventually though, even I have to say goodbye to the lazy days of swimming and soaking up the sun and admit that fall is knocking at my door. But summer goodbyes aren’t all that easy. So this year, before I usher out summer and welcome in autumn, I feel the need to make just one more blackberry cobbler and share it with you. I first made this particular cobbler recipe about seven years ago, and it quickly became a favorite. It all started with an episode of Alton Brown’s Good Eats, called “Cobbled Together” during which he made and gave a little history about the blackberry grunt.

A grunt is the New England cousin to the cobbler whose roots stem back to the early American colonists. The colonists frequently served their grunts for breakfast or even as the first course of their meals. (Mental note: dessert for breakfast or as the main course is historically correct and therefore an appropriate choice. Check!)

However, instead of having a browned crust from being baked in an oven, a grunt is cooked stove top with a dumpling-like topping that is steamed until set. It is served much the same way that we Southerners enjoy cobblers, topped with a dollop of whipped cream or ice cream. Yum! (For more history, see “History of Cobbler, Crisps,.. Brown Betty,… Pandowdy” by Linda Stradley, What’s Cooking America.) During Alton’s show, I was piqued by his use of the cast iron skillet to make his grunt but could not get past the idea of steamed ‘biscuity-like’ dumplings. Even Alton browned the tops of the dumplings in a 400 degree oven to give them a more appetizing appearance.

The fact that it wasn’t really a cobbler (Pardon my southern sensibilities; they really couldn’t help this reaction) or that it had a name like grunt didn’t help either. The name reportedly comes from the sound the berries make while bubbling and cooking down. Even so, there are just some things that foods should not be named—dump (cake), slump (another name for a grunt), and grunt, in my opinion, are all perfect candidates for “the unappetizingly-named food” list.

Nonetheless, The Engineer was completely taken with the grunt and, regularly, I received links to online articles filled with gorgeously photographed rustic grunts with bubbling berries in cast iron skillets. When was I going to make this? was the question I continued get! I had to admit the pictures of the grunts he sent me did look so good, and their skillet presentation was right up my alley… But still… My saving grace came sometime that year in the form of a recipe featured in my Southern Living magazine. As I scanned SL’s recipe for their featured easy cobbler, I recognized the similarities between their recipe and New England’s grunt. This was it! With just a minor change or two, I could offer a gracious nod to the historic grunt, satisfy The Engineer, and still make the southern cobbler I so dearly loved.

This treat has definitely become a standard in my house (The Engineer still calls it a grunt, even though it is NOT), and I have used this recipe with just about every kind of berry/berry combination you can imagine, as well as with peaches, without fail.

So, along with my favorite poem by Galway Kinnell,  here is the perfect quick and easy cobbler recipe to help you bid a fond farewell to your summer… but with only about half the ‘grunt’ work one might expect.

• 4 cups fresh blackberries (frozen works too, as well as other berries and peaches, but NOT canned peaches)
If your berries are frozen, run them under water to melt any surface ice from them and pat them dry. They can be cooked frozen, but any extra ice adds liquid to your recipe.
• 1 Tbsp lemon juice
• 1 large egg
• 1 C sugar
• 1 C all-purpose flour
• 6 tablespoons butter (melted); 1 stick of butter
• 1-2 Tbsp brown sugar
• ¼ tsp cinnamon (optional)

• Preheat oven to 375°.
• Use your stick of butter to coat a 10in. cast iron skillet. Heavily coat the bottom and about halfway up the sides of the skillet. Set aside. • Arrange the blackberries in the skillet and sprinkle with lemon juice. • Stir together egg, sugar, and flour in a medium bowl until mixture resembles a coarse meal or crumble. • Mix together the cinnamon and the brown sugar and sprinkle evenly over the top of the crumble.
• Drizzle melted butter over the top. Serve warm with whipped cream or ice cream.  I dished up my ice cream while my cobbler was still warm, so it has already started melting! Garnish with fresh mint sprig to make it special. I love to go out in late September
among the fat, overripe, icy, black blackberries to eat blackberries for breakfast,
the stalks very prickly, a penalty
they earn for knowing the black art
of blackberry-making; and as I stand among them
lifting the stalks to my mouth, the ripest berries
fall almost unbidden to my tongue,
as words sometimes do, certain peculiar words
like strengths and squinched,
many-lettered, one-syllabled lumps,
which I squeeze, squinch open, and splurge well
in the silent, startled, icy, black language
of blackberry-eating in late September.
* * *”Blackberry Eating” from Mortal Acts, Mortal Words by Galway Kinnell. Copyright © 1980. Reprinted with the permission of Houghton Mifflin Company. 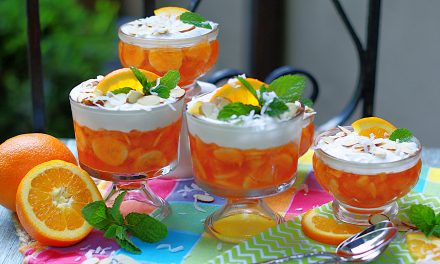 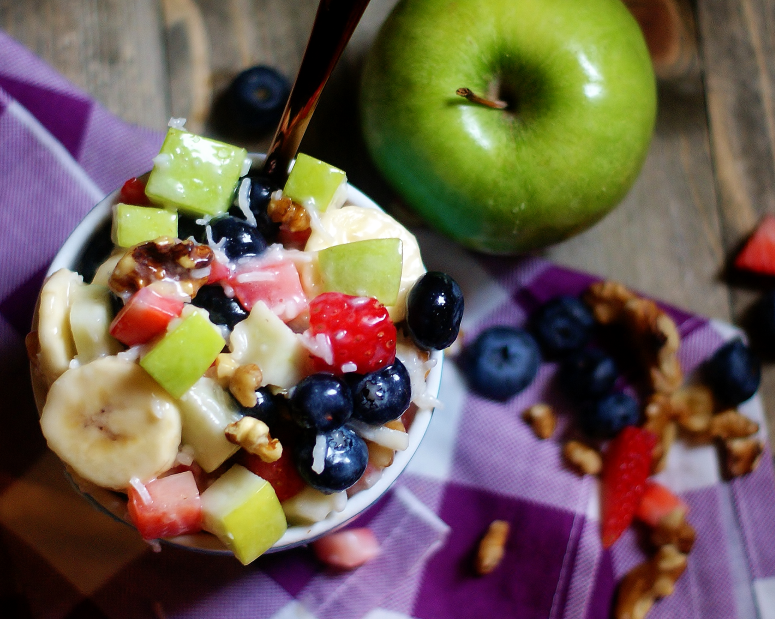 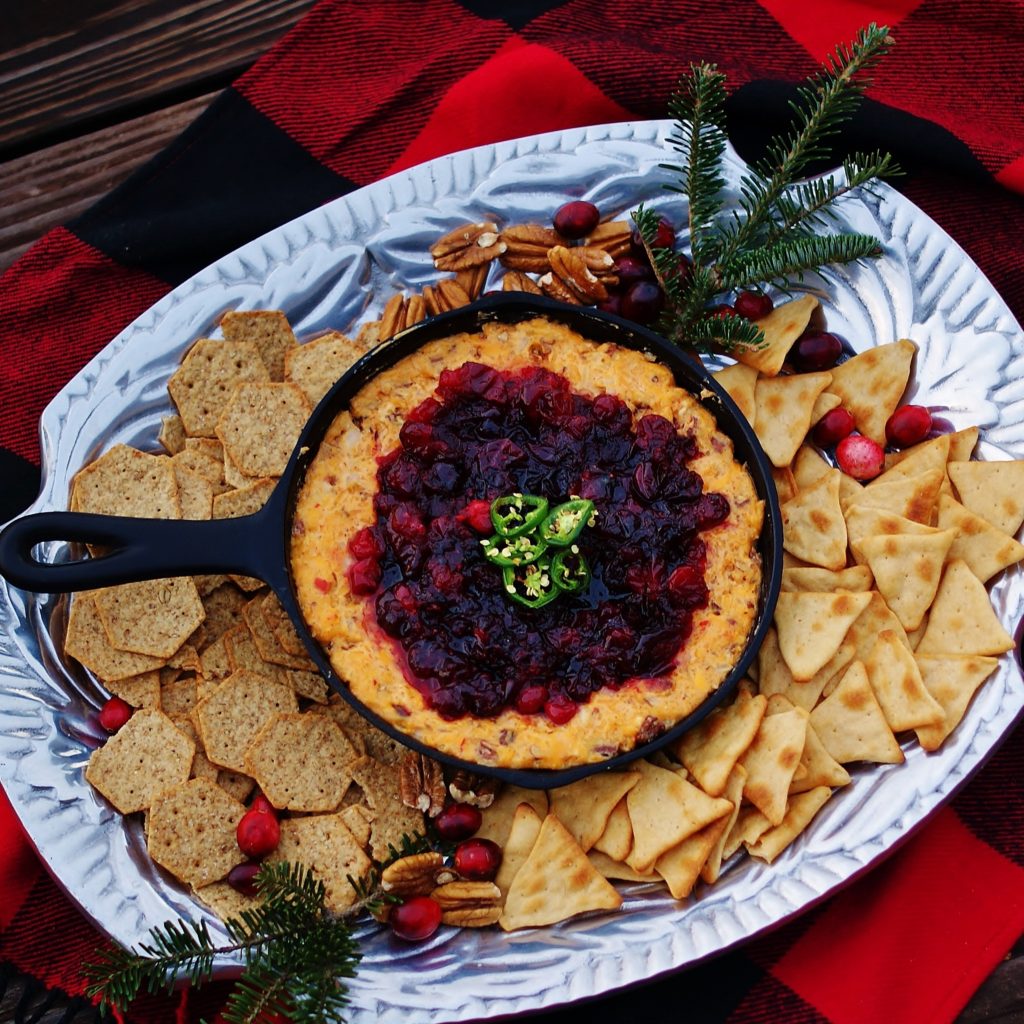 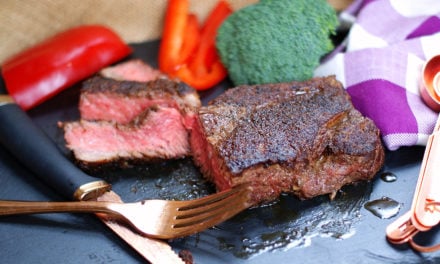