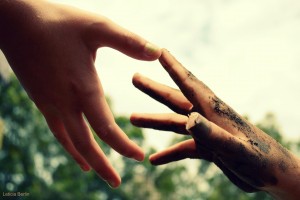 Recently, I read an article about why men don’t like to go to church.  I think it’s fair to say that the article did a little more than ruffle my feathers.  To be honest, it made me pretty dang mad for a little over a week.  Every time I would think about it,  I would have to pray about it just to get over it.

With a little research, it was easy to discover that there apparently has been a whole lot of discussion, a popular book written, and theories made proffering reasons why many men have opted out of participating in church services that I have been missing out on.  And quite frankly, I am glad.  Because I don’t have much patience for complaints about worship songs being pitched too high for men to comfortably sing, too much talk about love for men to feel masculine, or church just in general being too feminine.  It’s a cop out, an excuse, a portrait of men wallowing in their pride and flesh.  Not a statement that would win me any popularity contests, I’m sure.  But that’s okay; there’s too much at stake to worry about that.

It’s time that The Church got real.

I’d like to share with you an excerpt from Jon Weece’s book, Jesus Prom (yes, a man wrote a book named Jesus Prom).  I hope reading this little snippet inspires you to get serious about your personal relationship with Jesus Christ and be more than just a lukewarm Christian who creates a lukewarm church gathering.

I hope it inspires you to stop supporting dead churches with your tithe and participation and find somewhere that is as sold out to being the hands and feet of Christ as you should be.

I hope it inspires you to let God’s love inside of you change you and the world around you.

Because ‘church’ will never change unless we change first.

It was a Saturday morning.  When I lived in Haiti, that’s when I went to the open-air market to buy my food for the week.  I was standing in the middle of the street holding a bag filled with oranges, rice, and beans.  And that was when I saw him.  It was as though a page had been torn out of a National Geographic magazine, then framed for me to stare at.

His legs were disproportionate in size to the rest of his body, bent at angles unfamiliar to a healthy torso.  His head was bowed in shame, but I could tell he was blind because his eyes never really fixed on any particular object. Rather, they danced from side to side and followed the noises around him.  He was barely clothed, and his body was caked with dust and dirt.  His hair was matted down from sweat, and flies took up residence on his skin.

His hands were outstretched.  He was holding a small bowl.  He was begging.

I watched as one person after another passed by him… ignored him… pretended he didn’t exist.  The he pulled small board from his bag and placed it in the sewage that ran beside the road.  Blocking its flow, he did something I wish I could scrub from my memory.  He placed his hands in the raw sewage and began to sift and search as if looking for something of value.  While living in Haiti, I had watched a woman drink from a mud puddle and had caught two men eating garbage, but this was a new low.

My heart broke and scattered into pieces I will not recover this side of heaven.

I watched as he pulled out an old battery.  He cleaned it off as if it were a rare artifact missing from a prestigious museum.  He slid it under his leg like someone might come looking for it.

With tears streaming down my cheeks, I knelt down in front of him and took his dirty hands, placed them on my face, and in Kreyol said, “My name is Jon, and I want to be your friend.”

“Thank you,” he whispered.

Restore to me the joy of your salvation and grant me a willing spirit, to sustain me.      Psalms 5:12

You are the salt of the earth. But if the salt loses 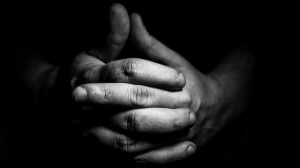 its saltiness, how can it be made salty again? It is no longer good for anything, except to be thrown out and trampled underfoot.  Matthew 5:13

You are the light of the world. A town built on a hill cannot be hidden.  Neither do people light a lamp and put it under a bowl. Instead they put it on its stand, and it gives light to everyone in the house.  Matthew 5:14-15

I know your deeds, that you are neither cold nor hot. I wish you were either one or the other! So, because you are lukewarm—neither hot nor cold—I am about to spit you out of my mouth. Revelations 3:15-16

If you are ready for a real relationship with Jesus, click here.

« A Sweetheart of a Valentine’s Meal
Homeschool 101: It’s Not Your Mama’s Homeschool- (pt.1 educational philosophy) »